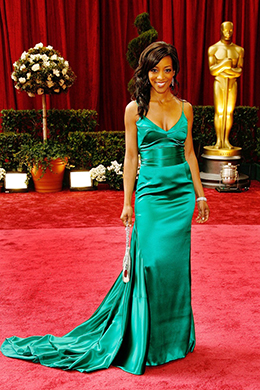 Shaun has won the respect and admiration of millions of daily television viewers throughout her career, including her work as host of the entertainment show, Access Hollywood.

Shaun has interviewed Hollywood’s biggest stars and covered the red carpets and hosted the official pre-shows for the Academy Awards, Golden Globes, Emmy Awards and Grammy’s.

Coming from a strong background in television news, Shaun has contributed reports to NBC Nightly News, Today, MSNBC and CNN.

Shaun has served as a guest co-host on ABC’s “The View”, “Who Wants To Be A Millionaire?”, hosted NBC’s coverage of the Tournament of Roses Parade and has been featured as a panel guest on “Larry King Live”. 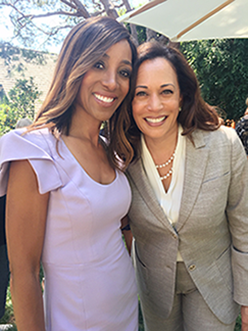 Among her awards, Shaun won an Emmy for her live coverage of “A Grand Night in Harlem” for the Black Sports and Entertainment Hall of Fame. She received a distinguished Gracie Award for her work hosting “BET Takes Hollywood” profiling the history of African Americans and the Oscars. Shaun received the Outstanding Coverage of Race & Ethnicity Award from Columbia University. The Ford Foundation honored Shaun for her special “Missing in the Media” which focused on the lack of media coverage surrounding missing women of color. She also received prestigious awards from the Associated Press and American Women in Radio and Television.

Shaun has also built her acting resume with roles in the feature films Bruce Almighty, Dr. Doolittle 2 and America’s Sweethearts. Her television roles include Law & Order: CI, Real Husbands of Hollywood, Last Man Standing, Monk, Everybody Hates Chris, Charmed, Days of Our Lives and Proud Family. She is most recently seen in the role of Kris Kensington on BET’s hit drama, “Games People Play”. 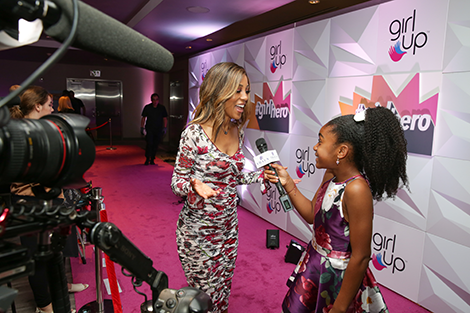 Prioritizing her philanthropy, Shaun is Founder and President of the S.H.A.U.N. Foundation for Girls, a nonprofit which supports the empowerment of girls in five key areas: (S)TEM, (H)EALTH, (A)RTS, (U)NITY and (N)EIGHBORHOODS.

The issue of girls and self-esteem has been a life-long passion for Shaun. As an author, her first book, Exactly As I Am: Celebrated Women Share Candid Advice with Today’s Girls on What it Takes to Believe in Yourself (Ballantine) put together the collective wisdom of both superstar women and everyday teenagers. Shaun was honored with an invitation from the U.S. Ambassador of the Bahamas under the Obama Administration to speak to the Commonwealth’s girls about her book and the issue of self-esteem. Shaun was also honored with DOVE’s first Real Beauty Award as a role model who is helping girls feel more comfortable in their own skin.

Shaun currently serves on the Advisory Board of Girl Up which is the United Nations Foundation’s adolescent girl campaign. She served on the National Board of Girls, Inc. – the national girls empowerment organization – and was awarded the Inspiring Woman Award by the Los Angeles Sparks. Shaun created One Girl, One Voice: A Million Ways to Make a Difference – the social media movement calling for one million girls to pledge to use their voices for positive change in the world through volunteering. Because of her commitment to gender equality, Shaun was invited to join Women Moving Millions – a global philanthropic community of women who has, each, pledged to give, at least, one million dollars to programs empowering girls and women across the world. 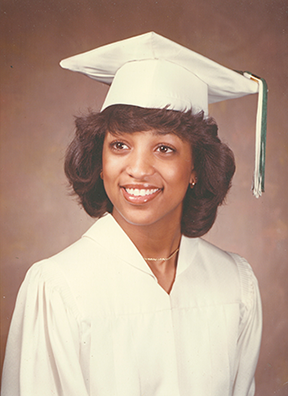 Shaun also served as the spokesperson for the Los Angeles County Share Your Home, Share Your Heart foster care and adoption program and worked with the national literacy organization, JumpStart. She has served as the official spokesperson for the Heart Rhythm Society’s Arrest the Risk campaign, focusing on African Americans and heart disease. Her HRS PSA was honored with the Spirit of the Heart Award by the National Association of Black Cardiologists.

Shaun currently resides in Los Angeles and is a very proud graduate of Spelman College in Atlanta.